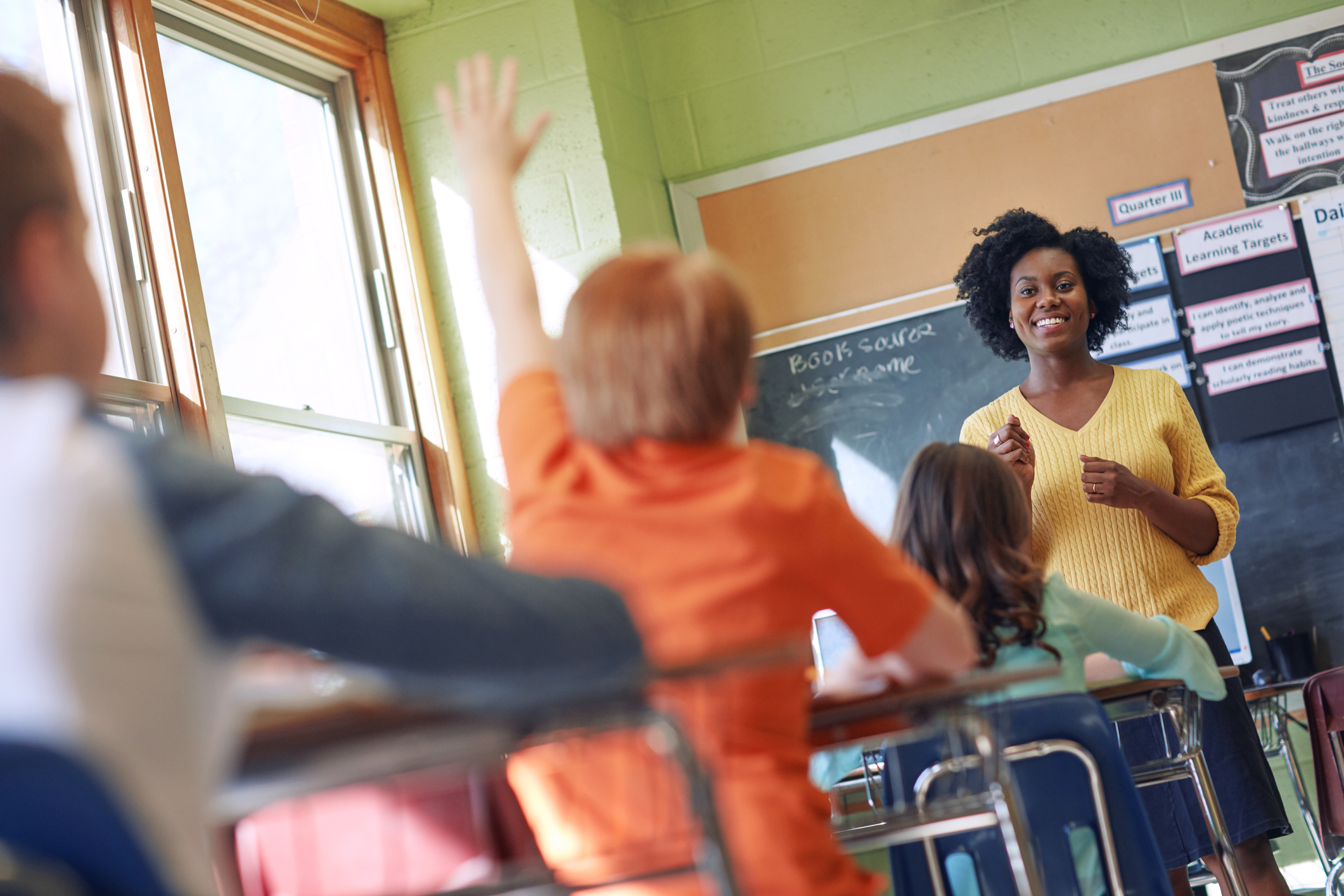 If we haven’t already, many of us will soon be giving a lecture about the importance of being respectful to others, following the rules, and being nice. We are going to discuss how name-calling is not appropriate, and how we should all stand up for anyone who is being bullied or intimidated or hurt. During that first day of school lecture, I often tell my high school students that we can’t control what happens in the world outside of our school, but we can control the atmosphere in Room 201. I emphasize that it will be a place where we can all expect to be accepted and valued, a place where we can feel safe and free from violence or harsh words.

This year when I give that talk, it will mean more than ever. For just at the time when school is beginning for most kids and teachers, our country has seen powerful scenes of breaking those rules in full technicolor, complete with torches and clubs and shields, chants and profanity and ethnic slurs, and in the end, murder.

Sitting in our classrooms listening to our rules and expectations are going to be students of various ages, backgrounds and beliefs. It’s not our place to raise those kids or instill our values in them. That job belongs to their families, but teachers can have a powerful impact as well. What exactly is our role when it comes to teaching values? Certainly the concepts of respect, tolerance, and fairness are not strictly liberal or conservative values. Teaching our children that it is not acceptable to label, judge, or mistreat someone based on their skin color, religion or nationality should not be an area of disagreement between Republicans and Democrats.

A former teacher of James Fields, the driver of the car that plowed into the protesters in Charlottesville, said that he felt he had failed as a teacher.* I do not think he failed; he did everything in his power to expose his students to the atrocities of the Nazis in Europe and to relate his lessons to current events. However, his comment did make me reconsider my own decisions as a teacher.

When teaching To Kill a Mockingbird or Maus (a book about a Holocaust survivor’s experience), I try to fit in current articles about the issues of race and prejudice that arise in the books. But when I first started teaching those texts, I did more than squeeze in those connections. My students used to engage in a plethora of activities to help them further analyze how the ugliness of the past can still influence the events of today.

So what changed? High-stakes standardized testing came along. Each year I have left out more and more of the meaningful extension activities in order to allow extra time for test prep. What if my actions have had more dire consequences than I thought? Maybe it’s time that test prep falls into the “squeezing in” category. Maybe it’s time to stop worrying about growth measures and keep or even expand the material and activities that help grow decent human beings.

To be clear, the overemphasis on testing has not lead to a bumper crop of racists and white supremacists, and the teachers who drop time-consuming but worthwhile material to make room for test prep are not to blame for any future abhorrent actions of their students. But could we be doing more to teach tolerance and acceptance?

The ACLU, who went to bat for the organizers of the recent Charlottesville event after their permit was revoked, argues that freedom of speech should be defended for everyone, even those whose views are repugnant to most people. Ideally, everyone gets a voice, and then everyone can form his or her own decision, after “reasonable discourse and debate.”**

Isn’t it part of our job to teach how to engage in reasonable discourse and debate? We can do this while analyzing topics other than politics, of course, but maybe it’s time to stop backing away from political topics when they arise within the context of our lessons. When students start discussing their political views in our classrooms, maybe we should guide those conversations instead of shutting them down to avoid a heated discussion. After all, it is possible to disagree with someone without espousing hatred for others or inciting violence, and we should be modeling that. Furthermore, there is a difference between those who advocate for the right to dominate or subjugate others and those who stand up for the rights of all people to live peacefully without fear of unjust oppression. We need to make that distinction clear to our students, now more than ever.

A few weeks ago, teachers across the country recognized the faces of white supremacists carrying torches on a hot Friday night in Virginia, and they remembered them not as men, but as kids, sitting in their classrooms on the first day of school listening to the Rules and Expectations lecture about respecting others. I can’t imagine seeing one of my students, past or present, at one of those rallies as a participant. But if I do, I don’t want to feel that I could have done anything differently to elicit a better outcome in the forming of his beliefs.

When there is a back-to-school lecture on rules and expectations, let us mean it and let us enforce it, even if it means having some uncomfortable conversations. When there is a way to incorporate current issues while studying the difficult lessons of the past, let us connect the two. When there is hate speech, let us not be weak-willed and call it a mere difference of opinion. Let us be clear that it is a despicable opinion that is not acceptable in our schools or in our streets. When there are teachable moments relating to political issues, let us embrace them. Let us model civil discourse, but when there is racism or prejudice, blatant or subtle, let us confront it without ambiguity.

Debates about freedom of speech, whether or not statues should stay or go, and what to do with the Confederate flag in public places will keep cable news shows busy for a long time to come. But there is a clear right and wrong when it comes to hate speech, a definite line that should not be crossed, and that line must not be erased in our classrooms.