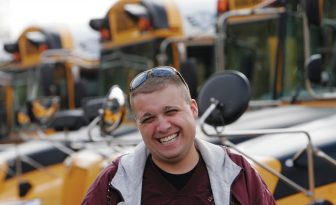 Privatization threatens quality public education by severing the school-community link. Learn more about why it’s a bad idea and learn what we can do to combat it.

The most recent reauthorization of the Elementary and Secondary Education Act (ESEA), officially called “The No Child Left Behind Act of 2001,” is far more specific than past versions of the law.  The law’s provisions about testing, accountability and teacher and paraprofessional quality will have a great impact on NEA members. Learn more about how the law affects ESPs.

Attracting and retaining qualified school staff — K-12 teachers, higher education faculty, and education support professionals (ESPs) — requires salaries that are competitive with those in comparable professions. NEA supports a minimum salary of at least $40,000 for all teachers in our nation’s public schools and at least a living wage for every education support professional. NEA also supports higher compensation for higher education faculty and staff. Learn more about living wage campaigns.

Budget pressures, aging buildings, school violence, privatization, safety and health concerns – there are a lot of forces having an impact on school custodians. Learn more about what custodians face on the job, and find resources to help do the job better.

At first blush, the question of whether seat belts should be required on school buses seems obvious. Seat belts save lives in cars, so it seems logical that they would make school buses safer. But it turns out that the question isn’t so simple. Read more about this hot issue.

Currently, job descriptions for too many Educational Support Personnel are inaccurate, dictated without employee involvement, or nonexistent. A new approach, results-oriented job descriptions (ROJDs), can help ESPs achieve recognition of the vital roles they pay, respect for their professionalism, job security, and equitable pay. Learn more about ROJDs in these two NEA publications:

ESPs are the principal people responsible for maintaining buildings to avoid these problems, and for dealing with them when they arise. NEA’s Health Information Network has assembled an extensive set of resources for understanding and addressing IAQ problems in HIN’s Indoor Air Quality pages.