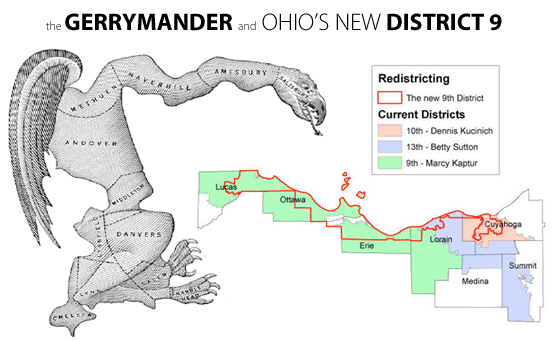 Every morning my wife and I fight with my 2-year-old daughter, Ellie, to get her to brush her teeth. She squeezes her mouth shut and squirms, as we try to find a small crack in her lips to fit the toothbrush into her mouth. We make the toothbrush an airplane coming in for a landing, complete with whooshing airplane noises. Sometimes, it takes my wife and I working in tandem to get Ellie’s teeth brushed. Sometimes, we even use toothpaste. We plead with Ellie, telling her that her teeth will fall out and that she will have stinky breath.

I think about the struggles I have with brushing Ellie’s teeth, as I work to collect signatures for the Voters First petition drive, which seeks to create a bi-partisan committee of non-elected officials to redraw US Congressional Districts.

Let me be clear:  My wife and I do not hold people down and force them to sign petitions or turn the petition into an airplane and fly it towards people to sign it (though the latter may be worth a try).

Nevertheless, I do see some similarities between the brushing teeth and gathering signatures.

Many Ohioans don’t understand the need for the Voters First Amendment any more than Ellie understands the need for good oral hygiene. But in either case, not to decide is to decide —  to endorse the status quo that has the foxes from guarding the henhouse, drawing districts in secret to ensure wins for themselves and their party. And who wants to support politicians who are rigging the system with crazy-looking legislative districts designed to keep one party in power.

Many Ohioans do not realize that with our current system, the winner of the November election is already determined by the primaries — by politicians who are likely to be too far to the left or the right of the majority of their constituents and out-of-touch with the general public.

Just as making a child brush his/her teeth is obviously a good thing, the Voters First proposal is clearly better than our current system of drawing lines. It’s intuitively more fair, transparent and non-partisan. I’ve collected signatures from people who have only ever voted Republican, as well as from people who have only ever voted Democrat. Regardless of party, people understand that competitive races benefit everybody.

But unlike with Senate Bill 5, which aroused so much passion in people that they actually sought me out to sign my petition, not as many people make themselves available to sign the Voters First petition. Not because they disagree with the proposal, but because they see it as an “innocuous” little problem, which could not be further from the truth. Once I talk to people about the Voters First proposal, they are glad to sign. I explain that rigged districts are a long-lasting problem that affect nearly every piece of legislation. I ask them to look back to SB 5 because it was a perfect example of what happens when extreme and out-of-touch politicians are elected.

All Ohioans need to make signing the Voters First petition their highest priority.

We can do this. We can take back our voice and vote this November, but first we need to circulate petitions and gather signatures to get the Voters First proposal on the ballot.

So just as I remain vigilant about removing tartar, bacteria and general stinky breath from my Ellie’s mouth, I am committed to the effort to collecting the 386,000 by the July 4 deadline to submit signatures to the state. Together we can do it. Now!