Posted On: October 19, 2013 by Cornershop Creative 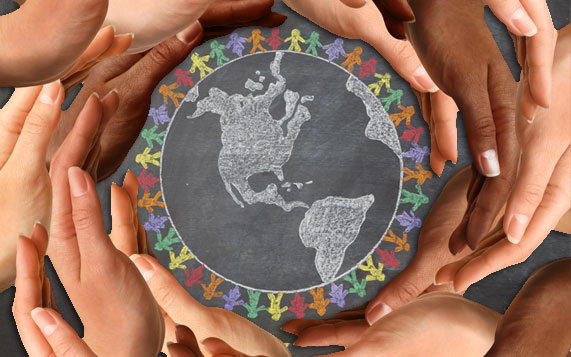 Last winter, I was one of a handful of people from Ohio who met in Ft Wayne, Indiana with parents, teachers and administrators from other Midwestern states. We found that across Indiana, Illinois, Michigan and Ohio there were similar problems and concerns with public education and so-called “education reform.” While it was comforting to be amongst people who shared and understood our concerns, we realized that lamenting about the factors that plagued public education wasn’t enough. We needed to do something.

With that in mind, I worked this summer to create the Northwest Ohio Friends of Public Education (NWOFPE), a grassroots group to bring together teachers, parents, administrators and community members to advocate for public education. I assembled a steering committee, comprised of people from all over Northwest Ohio, who despite their varying ties to public education and political leanings, all believe that there are serious issues with public education that need to be addressed.

We felt our first community event should be an education piece about school finance, because so many of the issues impacting schools, high stakes testing, unfunded mandates and vouchers have a financial component tied to them.

With that in mind, we held a panel discussion last week, with treasurers from four Northwest Ohio districts. This group gave valuable information to attendees, and showed how all districts are suffering from varying degrees of financial difficulties due to state-level policies, especially those relating to charter schools and vouchers. For example, Jeff Fouke, Treasurer for Washington Local Schools, explained that his district receives $2,969 per student from the state, but pays $6,876 to a charter school when a child transfers out of Washington Local. This means that close to $4,000 in local taxes are diverted from public schools per child. All other districts on the panel, Perrysburg, Sylvania and Springfield, face this same reality. My district, Sylvania, is losing over $1.5 million to charter schools in 2013, despite earning an “Excellent” or “Excellent with Distinction” from the state year after year. 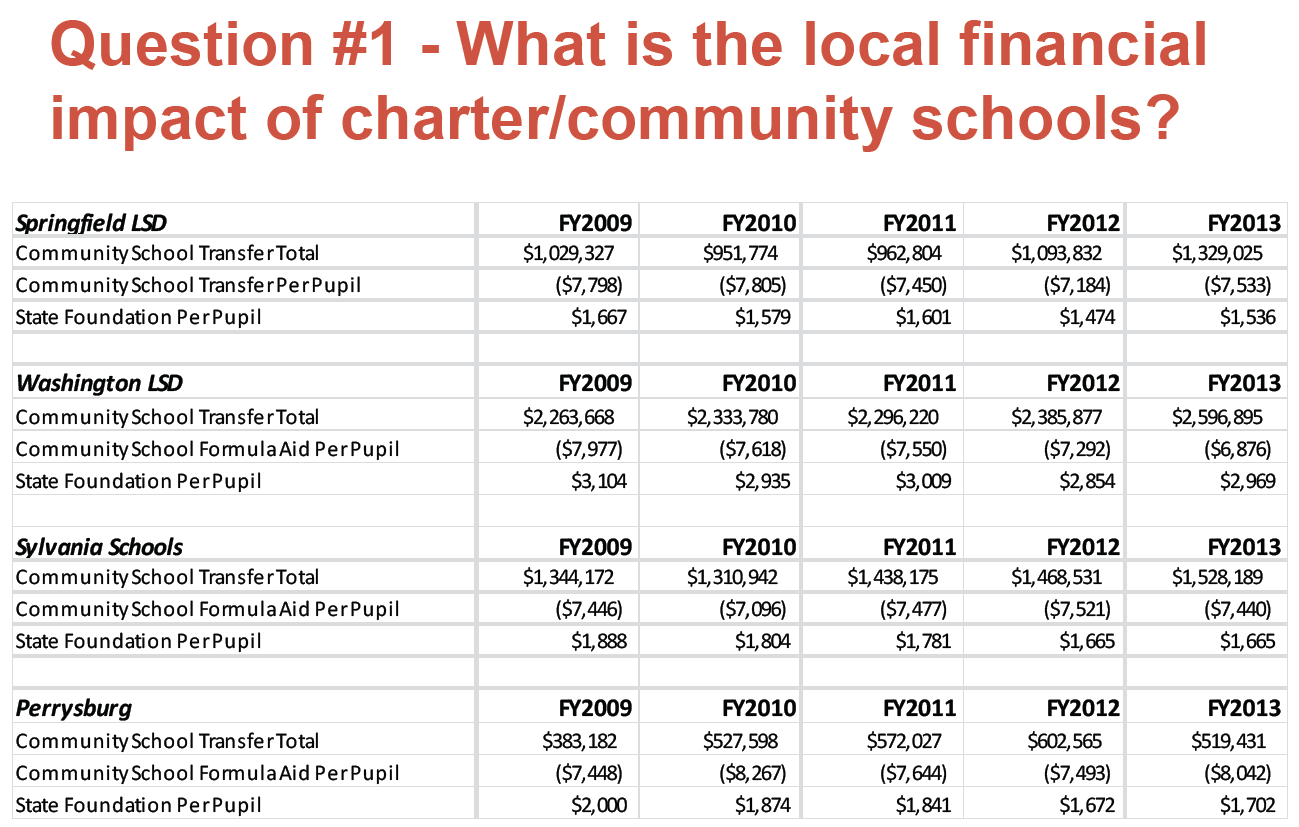 The most discouraging information the treasurers presented dealt with the staffing levels today vs. 2009. Every district represented at the event has fewer employees now than they did four years ago, despite enrollment staying at about the same level or increasing. In my district, enrollment is down only 1% since 2009, yet our staffing level is down almost 10%. This reduction in staffing has caused significant changes in Sylvania Schools. Class sizes are larger than ever, which means students are getting less individualized attention than before. The district reduced graduation requirements and went to an “open campus,” where students can arrive late and leave early, since there are not enough course offerings to fill up students’ schedules. Not only does it diminish students’ educational opportunities, it diminishes the sense of community which is vital in schools. 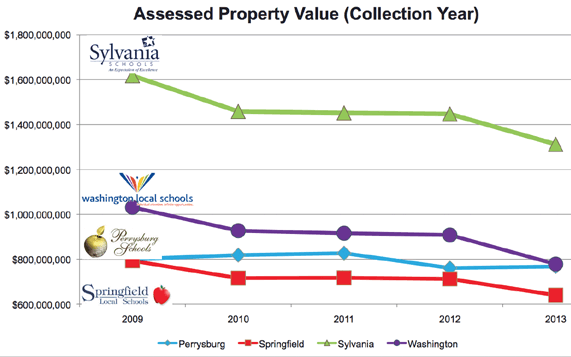 Despite the depressing statistics, I left the evening full of hope, because the event itself was a success. Our non-partisan, citizen-driven group coordinated efforts to create a meaningful community event. Local television and print media picked up the story, and gave us great coverage. Superintendents from two large local districts were present, along with several elected leaders and candidates who understand the importance of public schools and the problems we face. Seeing this diverse group of people rally around the common cause of public education energizes me, and makes me believe that, together, we can make a difference.