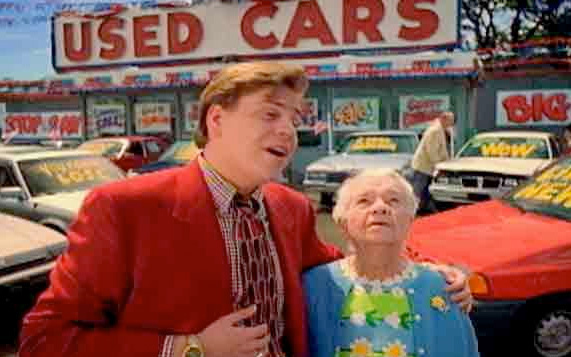 Whenever I hear phrases such as “right to work’ repeated loudly and frequently, I know that organizations are trying to convince me to react rather than think. Who doesn’t want the right to work? It appears to logically flow from Thomas Jefferson’s “pursuit of happiness” concept. However, the use of other catchphrases has made me very skeptical.

Shortly after President George H. W. Bush’s famous “Read My Lips, No New Taxes” pledge during the 1988 campaign, his administration unveiled a wide range of “revenue enhancements” as a method to obscure the implementation of new taxes. From the automobile marketing arena, I have often marveled at the transformation of “used cars” to “pre-owned cars.” This creative wording has swept the industry to the point that my students stare at me strangely when I refer to “used car salesmen.”

“Right to Work,” I think, is the same kind of sugarcoated misnomer for policies intended to dismantle unions, effectually giving workers nothing more than the right to workplace conditions once referred to as wage-slavery.

The “Right to Work” movement in Ohio follows closely behind Senate Bill 5 in its attempt to limit worker rights. After thoroughly examining the details of SB 5, large numbers of Ohioans not just opposed it, they took to the streets protesting Governor Kasich’s anti-union plan. Angry workers mounted a petition drive resulting in the Issue 2 Referendum. They then canvassed door-to-door to repeal SB 5. While union members, anti-Kasich activists, and average citizens celebrated the victory of the people over special interests, the majority of SB 5’s harmful language was woven into the state budget legislation and became law (clearly against the will of the majority of voters).

Now, those same union-busting forces who won’t take no for an answer are maneuvering behind the scenes to join Indiana, Michigan, and Wisconsin in further restricting working rights. What Kasich, William Batchelder, and other members of Ohio Legislature’s self-proclaimed “Caveman Caucus” will not tell Ohio voters is that “Right to Work” states tend to have lower standards of living, lower educational achievements, and higher infant mortality rates. They will instead boast of high percentages of economic growth— much easier to attain from the starting point of a poor state’s small economic base. They will relentlessly parrot individualism and anti-communism. The “Right to Work” movement is very good at utilizing empty feel-good phrases to place their opponents on the defensive. But their opponents are members of the middle class, largely created by past union victories.

As a social studies teacher, I can’t help but take a moment to examine American economic history. When the industrial revolution spread from Europe to North America, the vast natural resources of this continent quickly generated enormous wealth. Although John D. Rockefeller became the world’s first billionaire (from his Standard Oil empire in Cleveland), he wasn’t the only shrewd businessman to recognize that monopolies could create social and political power as well as an outlandish bank account.

Rockefeller and other monopolists, such as Andrew Carnegie and Cornelius Vanderbilt, were referred to as Robber Barons for their similarity to Europe’s feudal lords, who controlled virtually every aspect of medieval society. Not only were the Robber Barons getting rich, but the middle class was rapidly shrinking as industrialization newly demanded large numbers of unskilled immigrants to serve as cheap labor in mills and mines and reduced the number of independent craftsmen.

With profit as the overriding motive, industrial workers were subjected to incredible safety risks, not to mention shocking environmental hazards to nearby communities. In 1886, an average of 675 Americans died of workplace accidents per week. The union movement grew in response with such meaningful slogans as “An injury to one, is an injury to all.” 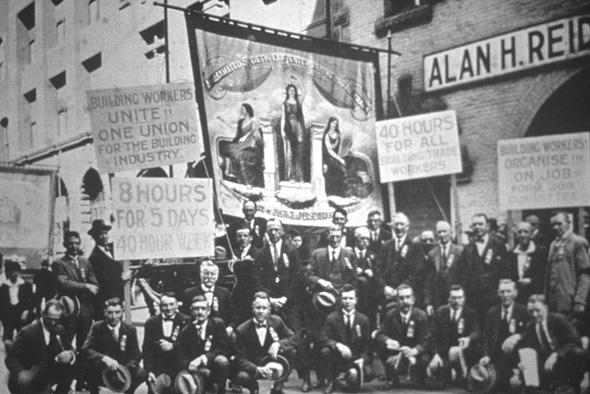 Countless laborers died in the streets to form unions in opposition to the Robber Barons. From their sacrifices came American economic reforms that workers rely upon today: workplace safety rules, environmental protection, child labor laws, social security/pensions, sick time, health insurance, short and long term disability insurance, paid vacations, the 40 hour work week, and overtime pay. There is little doubt that union workers sacrificed greatly to transform American society, creating a broad prosperous middle class and expanding opportunities for all citizens. Isn’t that what “life, liberty, and the pursuit of happiness” is all about?

Under the guise of “Right to Work,” modern Robber Barons are trying to turn back the clock. The gap between rich and poor is the widest it has been since the 1920s. If average Americans don’t fight back, we could again find ourselves in a pre-union environment with all of the above achievements wiped away. Although union members are a small percentage of today’s workforce, we are the only barrier protecting a broad middle class prosperity from those who would like to return us to the wage-slave days of John D. Rockefeller under the insidious slogan ”Right to Work”.